In a recent article, I talked about some of the best starting hands in Texas Hold’em. But the initial cards you are dealt are not all that is relevant at the start of a hand of poker. Something else which can help or hinder you is your poker table position.

As a beginner, you may underestimate the importance of poker table position. But it can lend you a significant advantage or put you at a measurable disadvantage. And even if you are playing poker online, you will still be assigned a table position even though there is no physical table to be seated at.

In this guide, we will talk about how different poker table positions can impact play.

If you would like to check out the best places to play Texas Hold’em online, check out this link right here. 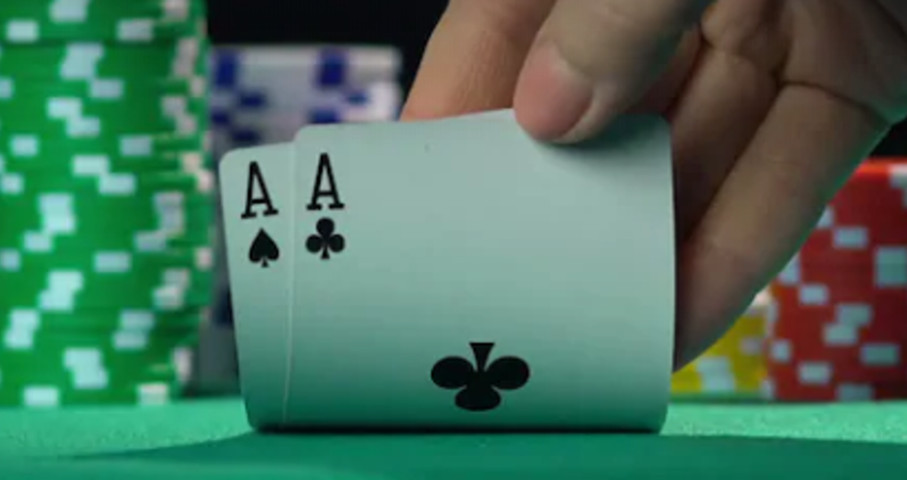 The strongest starting hand despite any position you’re in.

Positions at the poker table can be referred to as being “early, middle, or late.” Sometimes, these are abbreviated as follows:

If you were sitting at a literal, physical table, you would be able to determine your position based on where you are sitting in relation to the dealer button.

Calling, raising or folding proceeds to the left through the middle positions to the late positions. The latest position (except for the button itself) will be the one which is directly to the right of the dealer button.

When playing online, there is not a physical table, but these positions will still exist as if there were one.

Where You Don’t Want to Be: The Early Positions 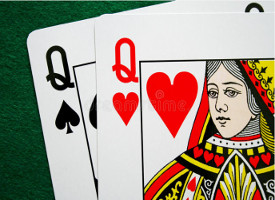 Safe to stay in here, even if you are in an early position.

The worst place to be seated is in the earliest position directly to the left of the dealer button.

Hopefully, if you think about it, you can figure out pretty quickly why being in the early position is undesirable.

If you are directly to the left of the dealer button, you will be the very first person who needs to make a decision based on your starting hand.

The only information you will have to work with is your starting hand. It is before the flop, so otherwise, your decision is entirely blind.

If you have an excellent starting hand, you can probably comfortably stay in the game.

But if your hand is weak, you should definitely get out. And even if it is pretty good but not amazing, you still might want to consider folding.

One of the best places to play poker online is Bovada Poker. Anonymous tables, tournaments, quick seats, mobile, everything you could want in a poker room. Join now and you could get a Poker Bonus of 100% up to $500 with the promotional code, PWB500!
Also, if you’ve ever heard a quote about poker while playing and wonder where it came from, check this out. Maybe it made this list!

You will have had a chance to observe what the players in the early positions decided to do based on their starting hands.

If all of them folded, but you are planning on playing, that does put you in the awkward position of being the first player to call or raise.

In that case, you are at a disadvantage against your remaining opponents.

But if some of the players before you chose to call or raise before the flop, you might be able to get some insights into how strong their starting hands are versus your own.

That means that you have more information to work with than they did, which gives you a potential edge in making your own decision.

If a player before you raised, for instance, they probably feel pretty confident about their starting hand.

This is especially likely being as they are in one of the early positions, and should know better than to raise with a weak hand.

So, if you were considering bluffing with a mediocre hand, just by watching what the opponents before you did before the flop, you might change your strategy and decide to fold instead.

When you find yourself in one of the late positions, that puts you at a significant advantage over those who have gone before you.

The majority of players will have had to make a decision before you do. Only a couple of players might be seated after you.

So, you have even more information to work with than players in the middle positions.

Of course, it is still possible for all of the players in the early and middle positions to fold, in which case you will find yourself with the weakest position to play from.

The best of the late positions is the one to the immediate right of the dealer button. It is called the “cut-off.”

The only other player who can play with more information than you is the person in the button seat.

And guess what? There is a chance that after you make your decision, that player will fold a weak hand.

If that happens and play proceeds, you will essentially have been promoted to the most powerful position at the table. From now on, you will be the last player to be making decisions.

The Very Best Situation: The Button

The very latest position at the table is the button itself. If you are in this position, you are the very last player who has to make a decision.

That means that you have more information to make your decision than any other player who went before you.

This gives you the greatest possible advantage. Depending on the actions taken before it is your turn, you may be able to get away with playing hands which you would not be comfortable with if you were in one of the earlier positions.

If you gauge that those who have gone before you are holding mediocre hands at best (assuming nobody is bluffing), you might have one which can compete, even if you might have folded were you sitting in their seats. 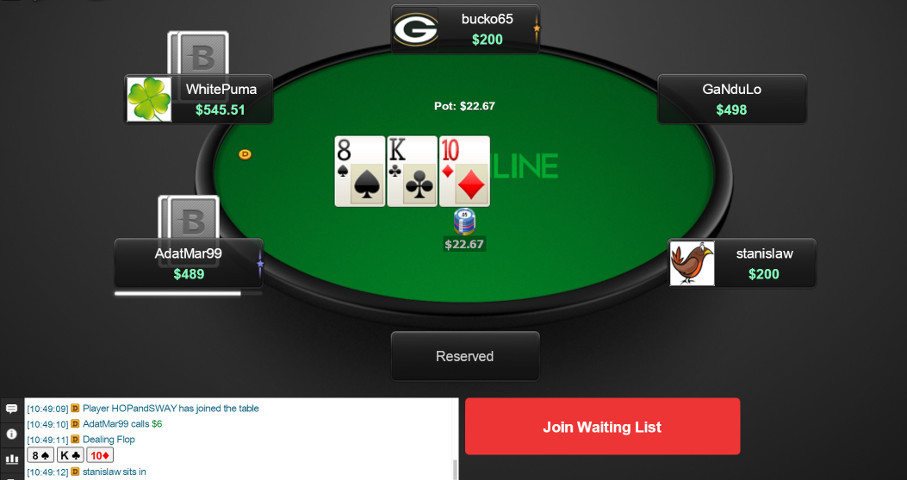 Texas Hold’em the way you see it at BetOnline. As you can see, the user “WhitePuma” is in the best seat being the dealer, with user “AdatMar99” being in the next best.

Now that we have talked in detail about the different positions around the poker table, let’s quickly review the key points we have learned.

Knowing more about the importance of position in Texas Hold’em gives you an advantage over many newbies, who totally neglect its significance.

Next time you play Texas Hold’em, play with your position in mind at all times. You should find that it ultimately makes a difference in how you strategize and how often you win.

If you download poker tracking software, you can keep track of the hands you play from different positions as well as those of other players, and you can observe patterns in terms of decisions, wins and losses from the different seats.

As you learn from that data, you will get better and better at optimizing your play from early, middle and late positions.

You can get started playing Texas Hold’em and other poker games online by signing up at our recommended poker betting sites.

Make sure you also take a look at these great articles as well!