The History of The Slot Machine 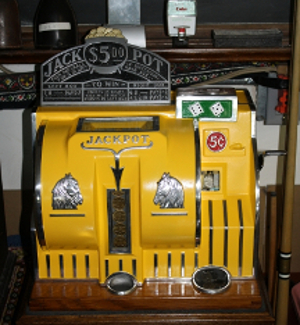 Maybe not the first but still quite a change from what we know today.

Most people consider slot machines in the context of loud and glitzy casinos. Their origin can actually be found in the latter portion of the 19th century.

Over the years, they have evolved in a number of significant ways, but their history – at times, tumultuous – is worth noting. In this article, we’ll take a tour of slot machine history.

We’ll begin with a modest car mechanic named Charles Fey. Then, we’ll follow the progress of slots through their prohibition, early mobster involvement, and their introduction into the gambling mainstream.

In the late 1800s, a man named Charles Fey lived in San Francisco. Hailing from Germany, he fixed cars for a living and nurtured a curious mind for moving parts.

When he wasn’t repairing cars, he tinkered in his basement.

Eventually, he created the world’s first mechanical slot machine and named it the Liberty Bell.

While historians are uncertain regarding the exact year of the Liberty Bell’s “birth,” most concede that it was around 1895.

While primitive by today’s standards, Fey used a design for his slot machine that is instantly recognizable. With 3 reels and 5 symbols (including a cracked Liberty Bell) on each reel, the slot paid out for a number of winning symbol combinations.

Though Fey may not have realized it at the time, he had triggered the beginning of a legacy.

Slot machines grew quickly in popularity. Some people were attracted to the slot machine jackpot (three Liberty Bells on three reels) while others were drawn in by the machines’ novelty.

Perhaps fearing the surge in gambling activity and wanting to control its spread, they legislatively banned slot machines in the early 1900s.

Innovation became the solution; slot machine owners replaced the reel symbols (mostly, playing card suits) with relatively benign pictures of fruit and pieces of gum. It was the beginning of the Fruit Slot machines

Plus, the payouts were changed from coins to candy.

But, the tide against the regulators was already growing. Before long, the short-lived prohibition against slot machines was lifted. 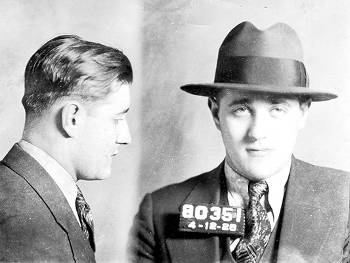 He attracted well-heeled male gamblers to the table games, but noticed their wives and girlfriends had little to do while they waited.

So, Siegel installed slot machines on The Flamingo’s floor.

The slots proved popular among the ladies who accompanied Siegel’s guests. The word spread and their popularity grew; within several years, the revenue generated from the machines suggested their potential had been overlooked.

Prior to that point, slots relied on mechanical moving parts similar to Fey’s original design.

The problem was that mechanical parts wear down and fail, a fact that implied a significant vulnerability for casinos. Making matters worse, they were easier to cheat.

Bally changed the landscape with their electronic slot machines.

Not only were they more reliable, but they were also more secure and less susceptible to cheating. As a result, casinos began to invest in larger banks of slots machines for their floors.

The Debut Of Random Number Generators

In the 1970s, slot machine history underwent another major shift. While electronic slot machines were more reliable and harder to cheat than their mechanical predecessors, they were far from perfect.

Slot manufacturers began producing machines that used computer microchips and random number generators (RNGs). By the following decade, most casinos had replaced their existing banks of slot machines with the new computer-driven models. You can read more about how the RNGs work and exactly how does a slot machine work, anyway?