Strike it Rick With Gem Strike

There’s a new slot out there making the rounds called Gem Strike and the people are loving it!

A fusion of modern and old-school slots, Gem STrike may be just the thing you’ve been looking for!

This gem and mineral-themed slot is bringing rich and colorful graphics to an older, well-loved theme making it attractive to all the players.

Let’s just jump right into this one to see if it can become one of your favorites!

Gem Strike is a 5-reel, 3-row slot with 25 pay lines and features Free Games, Cascading Reels, and Multiplier Trails. Just in case you’re wondering what any of these features mean:

You know what these are, keep on reading to learn how to earn some of these Free Games!

As you’re playing Gem Strike you will come into some wins. Any winning symbols you come into will fall off of the board and be left with all new symbols, possibly letting you rack up all kinds of wins just from one spin!

Come across a winning spin and the Bonus Multiplier will go up by 1. Keep on grabbing wins by way of the Cascading Symbols and the multiplier will keep going all the way up to an incredible 5x!

Moving past these features, Gem Strike will play like most other slots where you will win when matching symbols appear consecutively from left to right. Here are the symbols you will be looking for and exactly what they pay out if you were to play over at Sloto Cash. 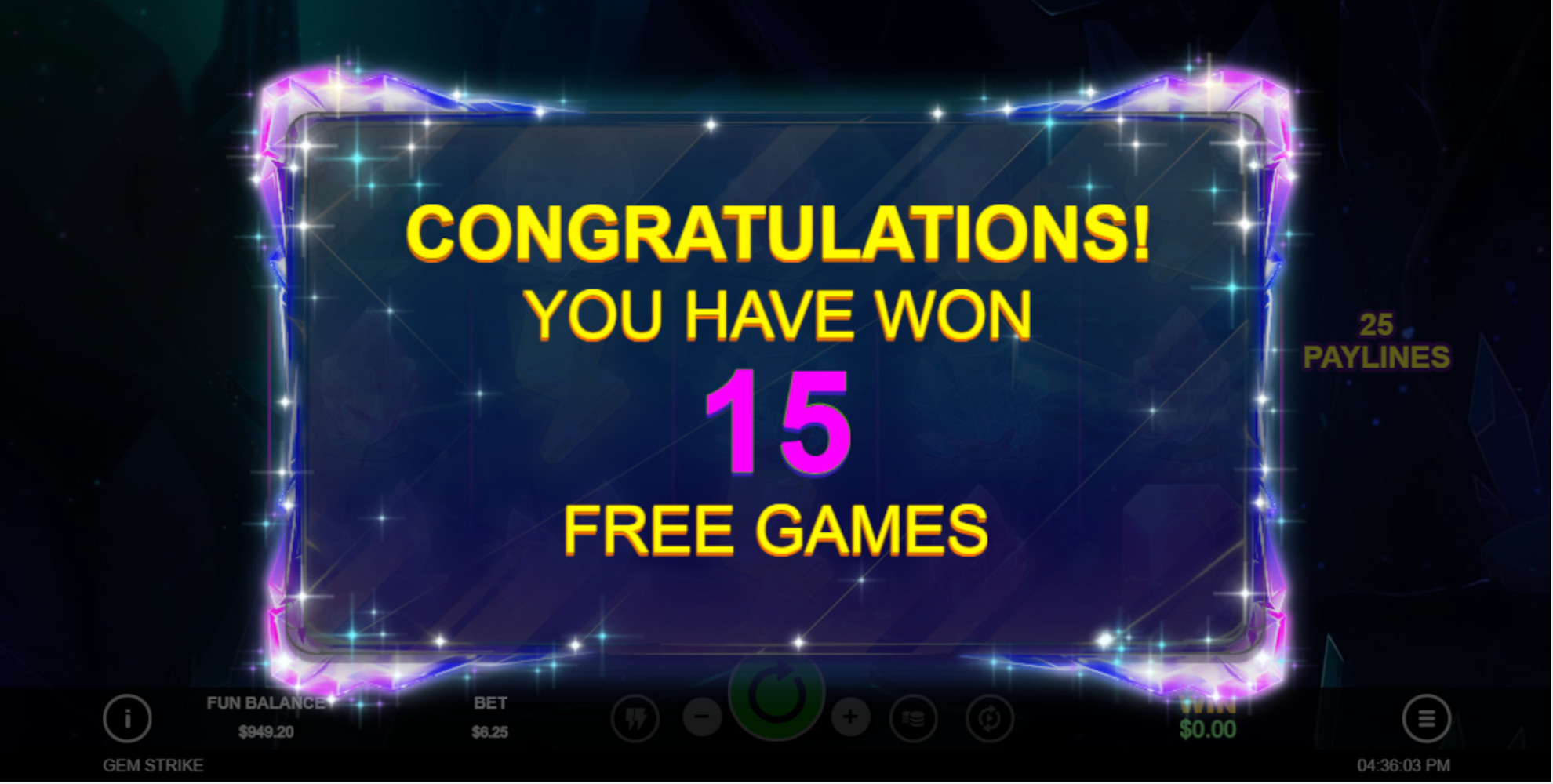 Those Free Spins could totally be yours!

There will also be 2 other symbols to be on the lookout for.

First, there is the Wild symbol that’s represented by a multicolored gem. This will substitute for all other symbols except for the Scatter symbol.

Finally, there’s the Scatter symbol. This is represented by a Golden Lightning Bolt and will give you Free Games! All you have to do is get three of them on the board at once, and they don’t have to line up in any way, just be there!

Any Free Games you accrue will play out at the bet size you were originally spinning with.

Want some free spins to try out “Gem Strike”? For a limited time you can go over to Cherry Jackpot and get yourself a 100% Deposit Bonus as well as 40 FREE SPINS to use with this new slot!
This isn’t going to be going on for long though, so make sure you get on it while you can!

Striking it Rich with Gem Strike

Gem Strike is a 5-reel, 3-row slot which has 25 fixed pay lines. This means that you’ll always have the 25 lines and you cannot adjust them. This may be one of the few downsides of this slot. Players usually want more pay lines, maybe you’re odd and you’d like less. Doesn’t change the fact that the lines cannot be changed.

The graphics on Gem Strike are nothing to sneeze at! The developers did a great job in this department!

The images and the colors are crystal clear, no pun intended. The theme of this slot isn’t really anything that you’re going to write home about, but there are certainly worse slots out there!

This will actually be the second of two complaints we have here, the first being the pay lines issue.

The audio of this slot comes through clean and clear, the audio there is, anyway. You see, there’s no music or background noise as you’re playing, but you’ll still get the steady sound of the reels spinning and the “thud” of every stop in the game.

The simple workaround is we just turned off the sound while playing.

Gem Strike may not be the greatest slot of all time, but we sure had fun playing it!

It’s got a great interface and the high volatility makes for some high winnings going out there.

Last but not least, at the time of this writing it’s still on the “newer” side, so if you were to look around, there are some really great Gem Strike promotions you can take advantage of!