What is Oasis Poker?

Oasis Poker is a variation of the Caribbean Stud Poker, which allows the player to exchange the selected cards before deciding to Fold or Call. The advantage of replacing the unwanted cards with (hopefully) more favorable counterparts will, of course, come at the price and you will have to pay the piper for every card that you substitute. The game is available online and you will be able to play it in real-money and fun-play mode at BigSpin Casino. See our honest, full review here!

There’s a bunch of screenshots coming at you so you can see some actual gameplay. These are all taken from BigSpin Casino. Want a $3000 Sign Up Bonus?? Head on over to BigSpin and use the code BSC500 when signing up and grab up to 3k for doing so!
Also, if you have any interest in learning how to play the super easy “Red Dog” casino game, just take a look right here!

The basic structure of the game follows the standard pattern of online poker games played against the dealer instead of other players.

To initiate the session, the player will need to place the mandatory Ante bet (which starts at $1.00) and click on the Deal tab, automatically triggering the virtual “dealer” and drawing 5 cards from the shoe with a standard, 52-card deck.
5 extra cards are drawn for the house, four of which will be facing down. At this point, the player will get to decide between the following options: 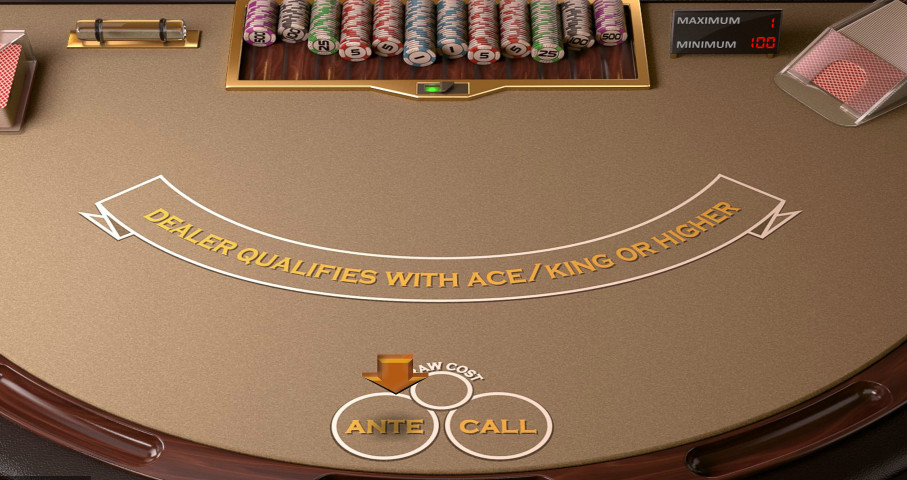 This is what you would see starting the game at BigSpin Casino. Other casinos may have a little different set up, but the game will still be played the same way.

Folding the cards means that you will forfeit the round and lose the Ante – with the option to exchange cards, it is less likely that a player will decide on that option, however, let’s not forget that this privilege comes at a price.
If you decide to Call, a new bet (doubling the Ante in value) will be added and the dealer’s hand will be revealed.

The final option is to exchange the card and try your luck with a new batch – it is entirely up to the players how many cards they will discard. If you feel that a hand is extremely week, you can draw a new hand altogether, but every new card will cost you extra.

Only one new draw is allowed per hand – you will be able to exchange as many cards as you want, but you will not be able to repeat the procedure during the same session. After the exchange, your only other alternatives will be to Fold or Call, raising the bet.

The fee you pay for getting new cards is the same as your Ante bet. For example, if you bet $1.00 and you decide to exchange three cards, you will have to pay $3.00 on top of the Ante. The fee will not be refunded, regardless of the outcome. 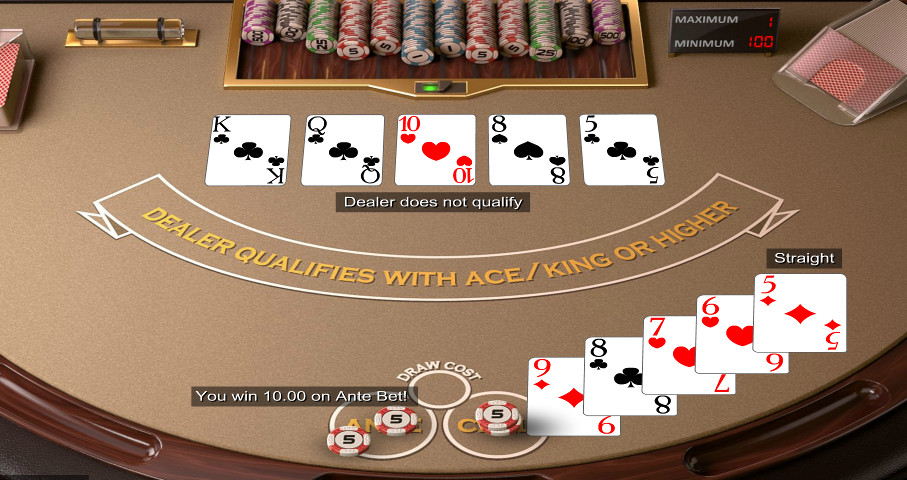 What Happens If Both the Dealer and the Player Have Hands That Rank Equally?

If both the player and the dealer do not have a combination that would outrank the opponent’s hand, a higher card will win. For example, if the dealer draws an A, K, J, 8, and 3 and the player lands A, K, Q, 8, and 3, the Q will weigh in and the player will win. In the event of the push hand, where a high card cannot determine the outcome, the round will end in a tie and the players will receive their bets back. 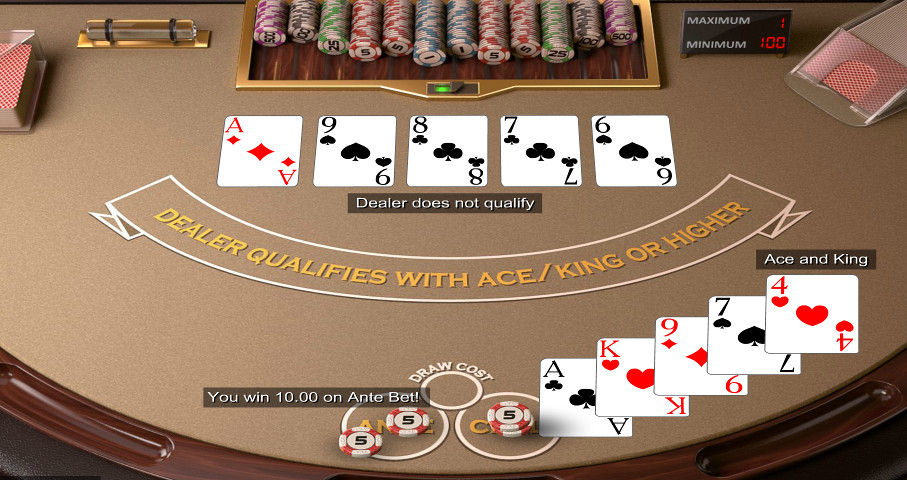 Whew! That was a close one! As you can see, it sure would not have taken much to beat me!

Oasis Poker Strategy and Tips – Knowing When to Switch

The rules for switching the cards are pretty clear-cut and you should take your chances with a new card (or cards) in the following situations: 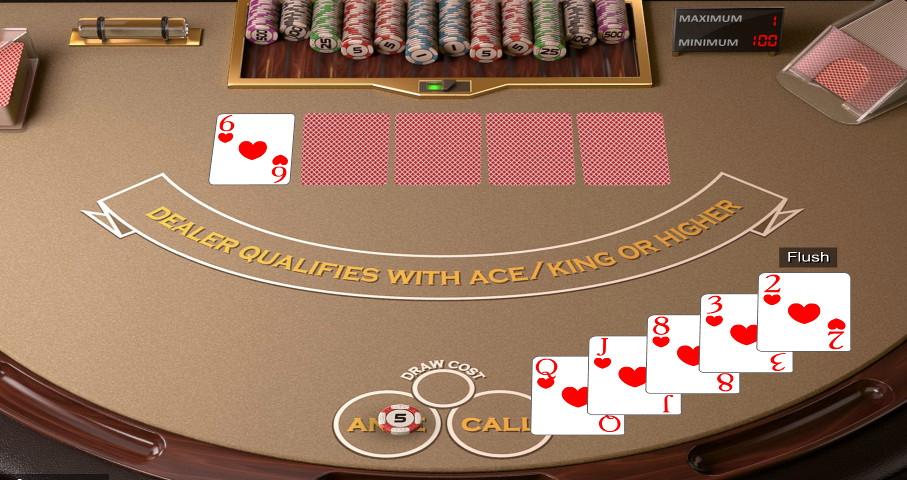 As seen here, I didn’t have to buy any extra cards. Sometimes you get really lucky and just get that good hand dealt out to you!

Oasis may be a little daunting for the newer player, having a new strategy to remember along with potentially losing a lot of money trying to buy new cards etc, but rest assured. Following these tips will help you along just fine. Once used to it, Oasis can be a lot of fun, not to mention that there is only one way to win at it. That is, go get in there and play it!

A Few More of Our Articles for You!