What is Red Dog?

Red Dog, or Yablon, is a variation of In-Between (aka Acey-Deucey), an extremely simple card game in which the players bet on the value of the in-between card (hence the name). The game is played with standard 52-card decks and although traces of it can be found in land-based casinos, Red Dog poker is nowadays much more common online. Red Dog card shoe can contain up to 8 decks; the higher number of decks reduces the house edge which drops from 3.15% (on a one-deck variant) to 2.75% if played with 8 decks. This is a stark contrast to Blackjack, where more decks will give an advantage to the house:

You, my friend, are about to see a lot of screenshots of the “Red Dog” casino game. All of these shots were taken from the site BigSpin Casino. Right now they’re offering up to 3,000 In Welcome Bonus Money if you use the code BSC500!
Also, be sure to check out this Newbies Guide to Zappit Blackjack!

How to Play Red Dog – Basic Rules and Table Layout

The session begins when the player submits the Ante bet, with the minimum and maximum limits determined by the casino operator (the limits on MyBookie range from $1 to $75). Once the bet is confirmed by clicking on the Deal button, two cards will be drawn from the shoe and placed on the table, facing up.

The spread will be automatically announced, indicating how many cards can come in between. For example, if the dealer pulls out a 5 and a 2, the number 2 will be marked in the spread column, since two cards can come between 2 and 5 – a 3 and a 4. 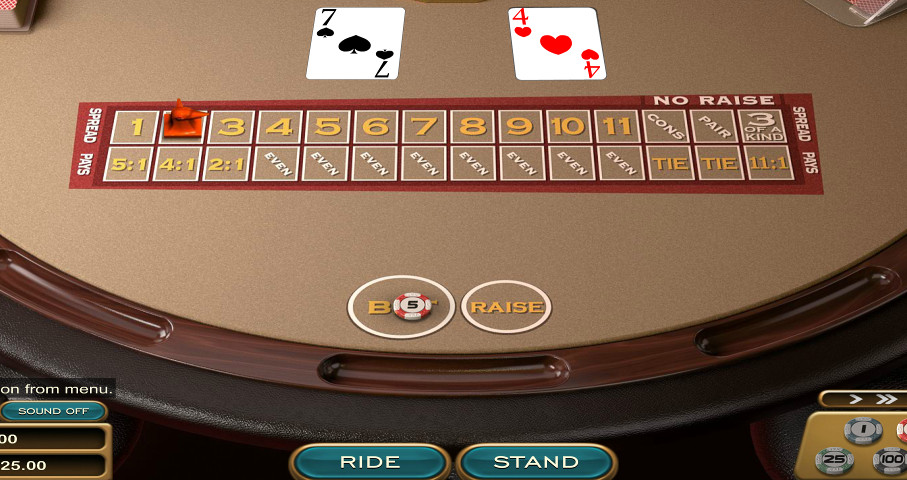 In this hand you’ve got a 7 and a 4. As you’re about to read, this would be a horrible raise as only 2 cards can come between the two.

If the players are confident that the third card will naturally fall between the two originally dealt cards, the bets can be raised (or, using the Red Dog lingo, the player can choose to Ride). Another option is to Stand at the Ante bet amount. If the cards are consecutive (e.g. 3 & 4), the hand is a tie and the bet is immediately returned.

The Red Dog table has 2 columns, a ‘Spread’ and the ‘Pays’, and the players will be able to see exactly what payout rate to expect as soon as the cards are dealt. 3 of a Kind comes at the highest rate, followed with the spreads of 1, 2 and 3 cards. Spreads of 4 – 11 have an even payout rate while the consecutive cards and pairs are push hands resolved automatically, without the option to raise the bet. 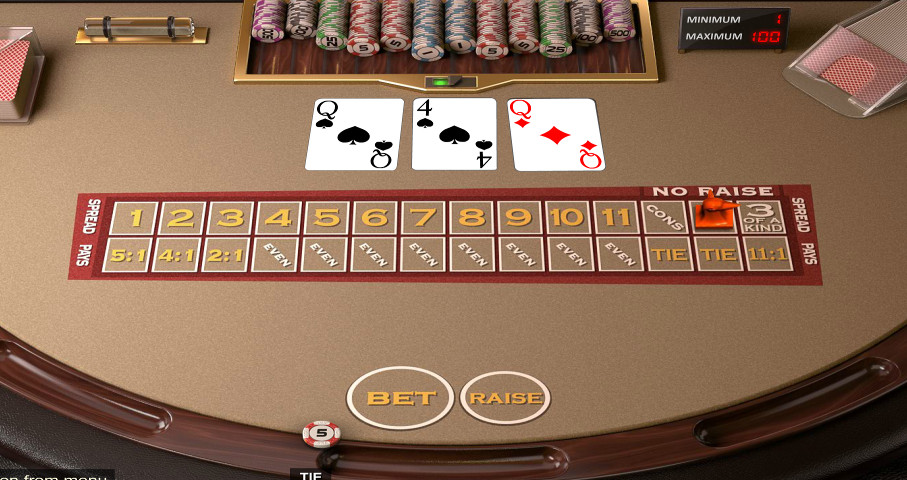 Here in this hand we were dealt 2 identical cards. The third was a different card so the hand is called a tie and your ante returned.

The 3 of a Kind hand, regardless of the denomination of the cards that form the combination, pays 11:1. The hand with only one card that can come in between – spread 1 – pays 5:1, while spreads 2 and 3 pay 4:1 and 2:1, respectively. All other options will produce 1:1 payout, apart from the Pairs and Cons (consecutive cards) which do not generate any payouts. 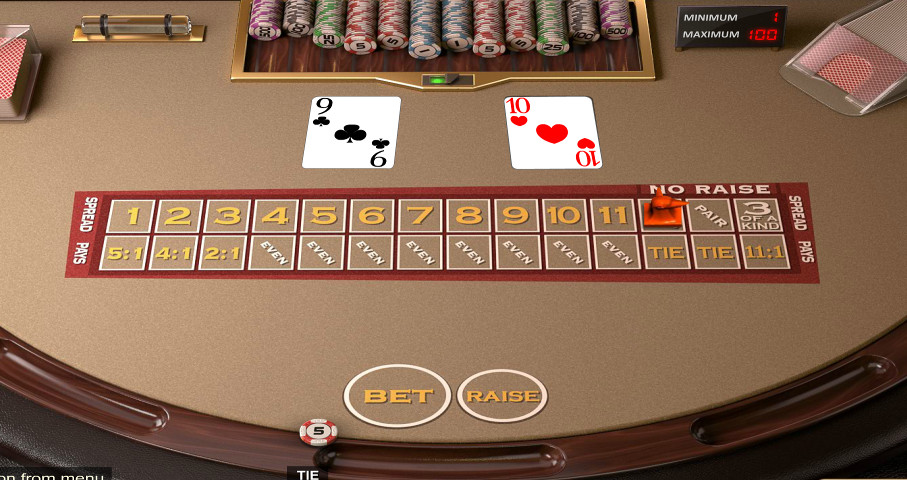 2 consecutive cards. This is automatically called a tie as no cards can come between them, nor can a triple be made, returning your ante.

Experienced Red Dog players use the spread to their advantage; as you can see from the payout table, the wider the spread, the higher are your winning chances, although the payout rate decreases to 1:1. This pretty much means that your next move will be guided by the spread number.

The spread of 7 or up has over 50% of winning, which means that the players will always have the mathematical edge when Riding this bet, regardless of the number of decks in play. This means that the players should always raise the bet under these circumstances since the odds are against the house. The hands with spreads of 6 or less should be played as they are, without submitting an extra bet.

The high payout rate will likely tempt you to raise the bets on spreads 1 – 3, however, this is extremely risky, especially if there is only one card that can come in between the dealt hand. Those who advocate using the optimal strategy on Red Dog would advise against this move, recommending low risk, flat gameplay, without raising or riding the bets on anything less the 7.

If, however, you are unable to resist the winning potential, you can always save the more aggressive approach for later and start pressing and riding the bets after accumulating a certain amount of balance. Red Dog is a type of game that particularly benefits from budget managing strategies. 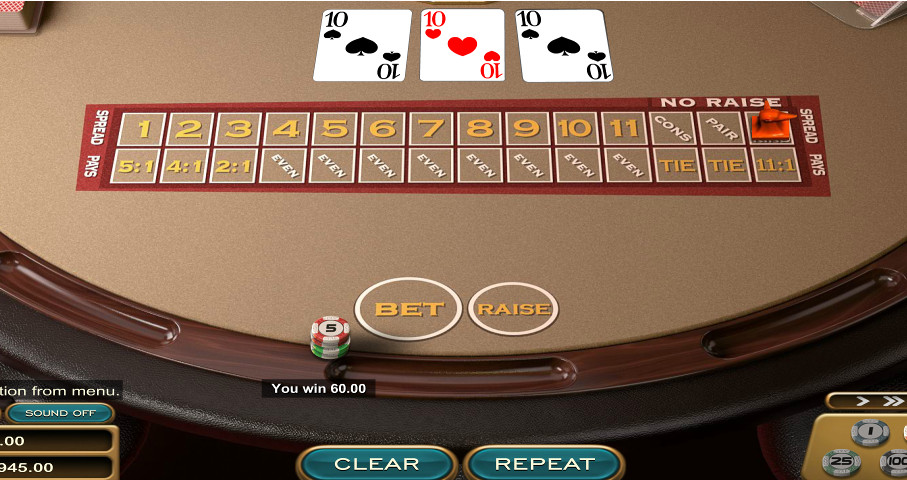 These are the best tips and strategies we can offer you. However, the game is easy enough that we’re confident you’ll remember this strategy and be ready to head to the casino of your choice and clean up!

More great GoodCasino articles for you to check out!